Formulated on the basis of polysiloxanes and polysilicic acid of sodic salts.

Impregnation of porous materials in order to reduce permeability and increase mechanical strength.

The “IMPREX” product penetrates porous areas and, after a chemical reaction, turns into an

elastic product which is insoluble in water or other solvents. It anchors to the pores walls of the impregnated material, through interfacing chemical reactions.

Especially performed analyses concerning the release of harmful substances, after impregnation, on small burners for coffee makers (Gaggia) have given the following results:

On the basis of the global migration test carried out according to procedures specified in the DM21 of March 1973 and in consideration of the obtained values, the sample was determined to be suitable for its proposed use.

APPEARANCE
Dense, odourless, oily liquid, almost limpid, green in colour. Stable for an undetermined period, as long as stored in a closed container.

MISCIBILITY WITH WATER
In all the cases.

RESISTANCE TO PRESSURE
Until breakage of the treated support.

CARBONISATION TEMPERATURE
Does not carbonize, is inert and inorganic.

RESISTANCE TO ACIDS
Acids make it insoluble. Only hydrofluoric acid affects it.

DUCTILITY
The support can be processed after the impregnation treatment, without any problem related to the resistance of the support itself. 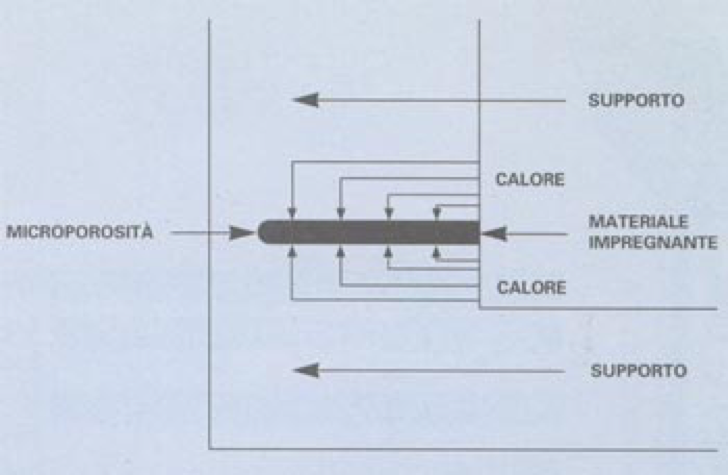 DISINTEGRATION
Disintegration in porosities does not take place. On flat surfaces, it may happen only if it is completely dry, in total absence of water, at a temperature close to 100°C (for two hours).

INFORMATION ON DANGER OF FIRE AND EXPLOSION

DANGER OF FIRE AND EXPLOSION
None

STABILITY
Reacts with acid substances. It is immiscible with organic solvents.

A MATERIALS TO AVOID DURING THE WHAREHOUSING
Copper, aluminium, zinc, tin, lead and alloys.

LEVEL OF RISK
The product is classified as irritant.

SPREADING
Small quantities of the product may be eliminated by abundant water dilutions. The insoluble residue may be gathered mechanically. Larger spills must be absorbed with inert material (soil or sand) and removed with suitable equipment.DISPOSAL

INFORMATION SOURCES
Regulations for safety and hygiene in the workplace.